A network printer not printing is a common, frustrating problem for small business owners.  Due to the large variety of printers and operating systems out there, it is impossible to offer a comprehensive guide.  That said, what follows are six tips to help you avoid problems and get back in action today: 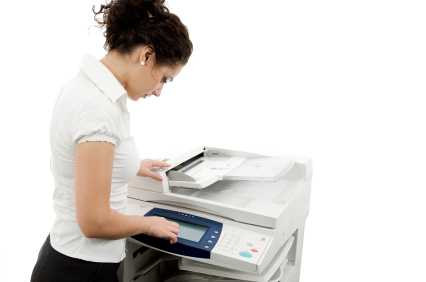 When network printing works, it is wonderful.  When it does not, it can be painful to diagnose.  Drivers play a big role in making network printing difficult.  Generally, when a printer is offered on a network, it is shared from a specific server.  These servers offer connectivity to the printer as well as drivers to install the printer on the local user's PC.

Here is where things get tricky...there are many types of drivers (PCL5, PCL6, PostScript, Universal, etc.).  Each of those drivers are offered for specific operating systems (Windows 98, 2003, XP, 7, etc.)  To make matters worse, we now have two versions of many of the operating systems (32 bit and 64 bit).  Not to mention, drivers, like all software, have revisions - many versions of the same type of driver released over time with fixes and feature changes.  All of these variables make it easy to get the wrong driver or a driver that may conflict with another piece of software on a given user's PC.

Here are six ways to win the network printer game:

What network printer problems have you encountered?