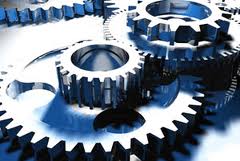 Poor IT management can cost a company far more than the physical cost of maintaining IT services. It can impact and affect several areas of the company from payroll to human resources.  I have been working in IT for many years and have seen the IT business structure become reliant on reactive, instead of proactive, solutions. These are certainly not my ideas alone, but I have seen enough to believe that the problem is wide spread throughout many businesses.

I am often amazed at the preconceived notions people have about how an IT department should operate. Some companies think that it's perfectly acceptable to have 1,000 tickets per month for their three-man IT team to tackle. Do the tickets get resolved? Yes, but it takes the IT team away from tasks that could improve productivity and make the business more efficient.

When I ask them why this is so, they simply think that this is how an IT department functions. IT fixes something that is broken,  and then they move on to the next task.  IT professionals think that they are fine with this perception of their function, but the reality is they are far from it. Too many businesses are stuck in this status quo, and they don't want to change. If they just redefined their idea of what IT is and does, then they could increase their efficiency and stop passing their costs onto the customers.

Change is a difficult concept for many people. The status quo is safe and simple, but it just doesn't make good business sense. Businesses often use antiquated software and machinery because they are familiar with their function and operation. They accept that the server will occasionally go down and that IT will have to come in and fix it. In the meantime, employees are not working at their optimum potential, and their employer is paying them for lost productivity.

A business is a well-oiled machine, and when one area comes out of alignment because of improper IT management, then the whole system can come out of alignment. Many times people don't proactively look at their infrastructure, so they are not up to date on the most recent operating systems or on various issues that might create productivity problems.  They don't want to try something new because they feel it isn't reliable.

If a business is going to have a well-managed IT team, they need to be proactive instead of reactive. The Virtual CIO is an example of a proactive system that can help tremendously with productivity. It is a program like the vCIO that helps reduce IT tickets and ushers businesses into the 21st century.